The Berejiklian government and rail union are heading for a showdown with the arrival of the first of $1.6 billion worth of new intercity trains from South Korea next month, due to claims that they have been “specifically designed to get rid of guards”. 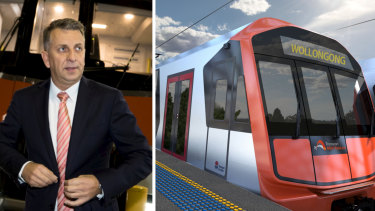 The first two of 55 intercity trains on order will arrive at Wollongong’s Port Kembla on or about December 17, about eight months later than originally planned.

Commuters will have to wait until at least March to ride on the first of the new double-deck trains from Sydney to the Central Coast and Newcastle because they are required to undergo rigorous testing on local tracks before they are permitted to carry passengers.

Their arrival just days before Christmas is set to ignite a battle between the government and unions about whether the state intends to keep guards on the new trains in the longer term.

Rail Tram and Bus Union state secretary Alex Claassens said the new trains had been “specifically designed to get rid of guards altogether” and make them driver-only. 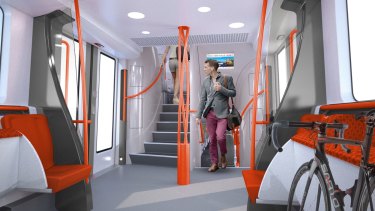 “We believe this train is inherently unsafe set up the way it is at the moment, and we will do everything we can within our power to ensure the travelling public of NSW are safe. We will trial and test it but we won’t allow passengers to get on it if it is not safe,” he said.

Mr Claassens said roles that guards performed on other trains in the state’s fleet, such as making special announcements and responding to passengers via help points in carriages, would now be carried out on the new intercity trains by drivers or remotely from an operations centre.

But Transport Minister Andrew Constance said he wanted to reassure passengers that the new intercity trains would have “both a driver and a customer service guard on board when it comes into service next year”.

“We have no plans to change this staffing arrangement on the new trains,” he said.

However, his assurances have failed to dispel staff fears that guards will eventually be removed. Mr Claassens said the way the new trains had been engineered meant that the guards would “not be in a meaningful role and therefore will not last”.

The state’s transport agency said the new trains would have a “dedicated and enclosed crew cabin which the customer service guard would travel in”.

“Customer service guards will be visible, coming out from the crew cabins, and walking through the carriages and monitoring platforms to provide customer service and assistance with boarding and alighting,” Transport for NSW said. “Our customers will benefit most during express services where there is more time between stations for the guard to be in the carriage.”

Internal documents obtained by the Herald under freedom-of-information laws show Transport for NSW staff have been regularly visiting Korea to keep a close eye on production of the trains. Some of the inspections were necessary to resolve “commercial matters” relating to “minor defects” and the completion and transportation of the “first train unit”.

Labor leader Jodi McKay said the project had been dogged by poor planning and execution.

“Given that many intercity stations don’t have staff on the ground, it is unclear who will be keeping a watchful eye on passenger safety,” she said.

Transport for NSW said it had “held the trains in South Korea for longer to allow us to do more testing”, which would avoid a significant impact on Sydney’s rail network. Sections of track have to be closed when testing of new trains is undertaken.

The entire cost of the intercity project is $3.9 billion, of which $1.6 billion is the capital cost of the new trains. It also includes a 15-year contract with engineering firm UGL to maintain the trains at a new facility at Kangy Angy on the Central Coast, which is late to open.

You have to be logged in to use this feature.